“Exercise is king. Nutrition is queen. Put them together and you’ve got a kingdom”

If you are familiar with the secrets of fitness or a bodybuilder, I do not think I need to convince you of the importance of strengthening your back, for beginners it is a little different since you do not see your back in the mirror or people do not see it when you meet them you may think that it is not important to build a strong back.

If you are a professional bodybuilder, you should prepare for proper back and body exercises before entering the competition to ensure victory and avoid any injury.

When a player wants to prepare for his championship bodybuilding, this period of time varies from one player to another, and the length or shortness of this period depends on the nature of the person’s body and the amount of accumulated fat that must be disposed of to reach a sharp cutting of muscles with a consistency in the size, magnitude and density of the body’s muscles to compete strongly on the center Advanced and all of this requires great effort and strong determination on the part of the player.

He must also regulate his diet by increasing the amount of protein, reducing the amount of carbohydrates, and eating vegetables (salads) that provide the body with vitamins and fiber. Refrain from eating fats and sugars of all kinds, as it replaces them with the natural sugar (fructose) that we get from fruits, which is fast burning and it is preferable to eat it in limited quantities so that it does not turn into fat. In addition to reducing salt intake in the last week before the tournament and cutting it 72 hours before the tournament.

Some heroes make mistakes at the end of preparation, such as cutting water intake for more than 24 hours, and this is a mistake because it leads to the loss of fluids from inside the muscle after 24 hours have passed since the water intake is cut off.

The other mistake is not eating carbohydrates altogether, because protein is not synthesized without carbohydrates in the muscles of the body, but rather it must be eaten in small quantities so that it does not turn into fat. Carbohydrates can not be eaten entirely in one case, which is when the player wants to lose weight quickly to set the weight on the scale before the tournament.

It is preferable a few hours before the competition to eat some sugars in small quantities that the body absorbs quickly because of its thirst for them and this will help the body and muscles recover and the emergence of these muscles in detail, and increase blood pumping in the arteries, which shows them prominently, and the player behind the scenes with a light warm-up and drinking a little Water and soft drinks to regain his energy on stage, and he applied the color of bronze to his body to clearly show his muscles and their unity.

He/she should not forget to train in the compulsory situations and offer and try to hide weaknesses, if any, and highlight the strengths so that he does not lose points from the jury, which increases his chance of winning.

You can follow the last back exercises properly for the contest preparation:

Ramsey, A. (2019, May 13). A Guide For Beginner’s Contest Prep! Bodybuilding.Com. https://www.bodybuilding.com/content/a-guide-for-beginners-contest-prep.html 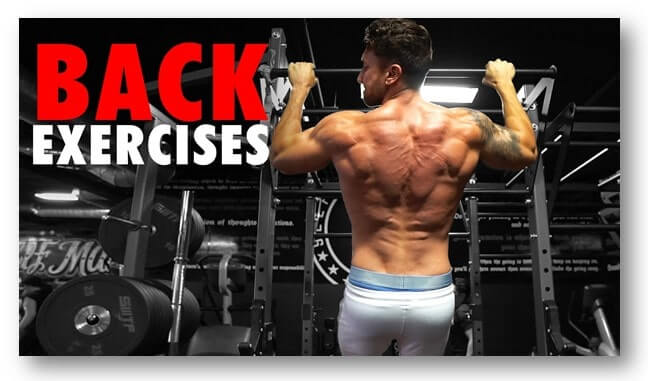 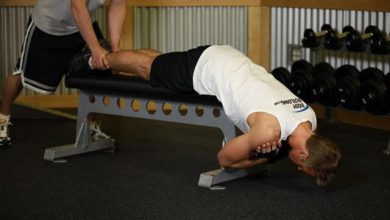 Ways of using dumbbell on back extension bench 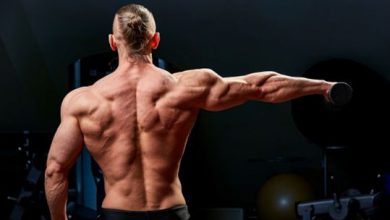 Back Exercises: Avoid Injury and Build Muscle by Workout Smart 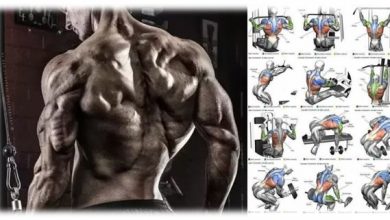 Full Guide for Best 10 Back Exercises