“I don’t eat for taste; I eat for function”

Jay Cutler Jason Isaac Cutler. From a young age he always knew the value of work, and that with hard work you get what you want. This is something that appeared on him very quickly and saw for himself. At around the age of 11, he started working as a construction worker. Difficult work but it will give him the foundations for his success in the future. He started his bodybuilding training at the age of 18, and his hard training has seen him win many titles as a professional bodybuilder. Jay Cutler is now retired and hasn’t been competing since 2013.

In this article, we take a look at jay cutler before bodybuilding, and passion for bodybuilding as well as a record of the path he managed to achieve as Mr. Olympia. Today Jay Cutler is only training to stay in shape and change his diet, but he remains a role model for anyone who wants to get into bodybuilding because his background is exceptional.

Jay Cutler was born in Massachusetts in 1973, a period when some things were still possible. Born and raised in a large family, he was the youngest child in a family of 7 brothers and sisters. He has known competition since he was young.

The interesting thing is that he started working very early, at the age of eleven. His first job was in the family business, a company owned by his three brothers.

“I started working for my three brothers’ concrete company when I was 11 years old. Working in family businesses allowed me not only to make a lot of money, but also to experience the importance of a work ethic and how to work for something.”

But even though he had worked for years moving concrete blocks, lifting weights didn’t interest him anymore. It was a job and there was no fun doing it. His passion for sports and bodybuilding in particular did not show until long after he entered college.

“I started training bodybuilding in college and started doing well. I won the Teen Bodybuilding Championship as a teenager. From there, I started to transform.”

So it wasn’t until the age of 18 that he walked through the gym doors to lift weights. And again, at this time, he hadn’t seen himself becoming a professional bodybuilder. It is still a hobby. His dream at the time was to study criminal law because he wanted to become a correctional officer in a maximum security prison.

During his college years, a passion was born in him. Jay started enjoying gyms and going there more and more. This prompts him to go there almost every day. Obviously, with this training, his body changes and develops with great strength. Seeing the new number, many people began to notice it. But, again, it is not in his mind to enter competitions.

It was his personal trainer from the gym who pushed him into competitions. And it was not until 1993, at the age of twenty, that he participated in his first bodybuilding competition. So he goes to bodybuilding competitions and tournaments by invitation. After reclassifying the men’s and teen heavyweight category, he finally realizes that he has real potential and that it’s possible to become a pro! Only then did the franc fall and decide to pursue a career in bodybuilding and fitness instead of law.

Over the next ten years, Jay consistently remained a professional. He participated in 23 competitions, won 11 of them, and was almost always in third place. And he became one of the greatest bodybuilders in the world.

Many athletes and fans even believed that jay cutler beats Ronnie Coleman in 2001 at Mr. Olympia. Ronnie Coleman was the undisputed legend at the time and remains the most successful man in the competition to this day.

But it wasn’t until 2006, at the age of 33, that he actually established himself and reached the pinnacle of his career. Between 2006 and 2010, they fought each otherPhil Heath, Jay Cutler and Ronnie Coleman in the prestigious bodybuilding competition: Mr. Olympia. And he won it every year except for 2008.

Today Jay Cutler retires. His last appearance as Mr. Olympia was in 2013. And although he did not win, Jay Cutler did enough to take his place among the sport’s legends. It came out of the circle as a symbol for building objects.

In 2013 he got a very late place in the tournament, so he decided not to participate again and felt that it was the right time to retire, and he is now working in the trade where he owns a company in Las Vegas that specializes in the manufacture of nutritional supplements and he named the company after his name.

From a fish seller to the champion of Mr. Olympia “Big Ramy” 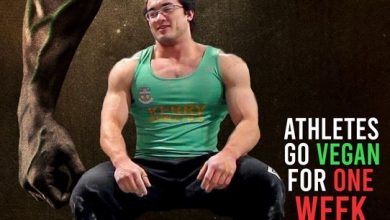 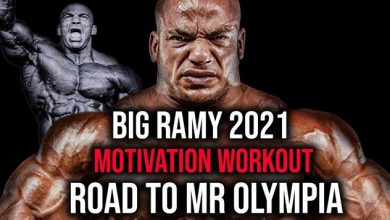 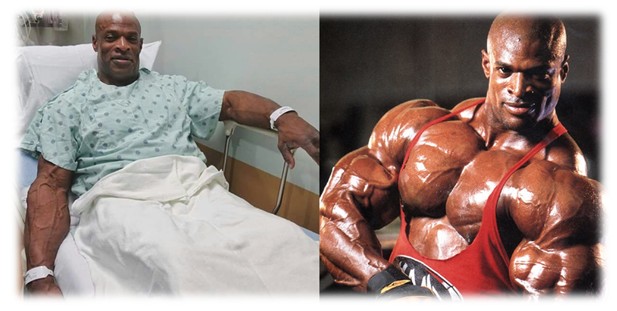